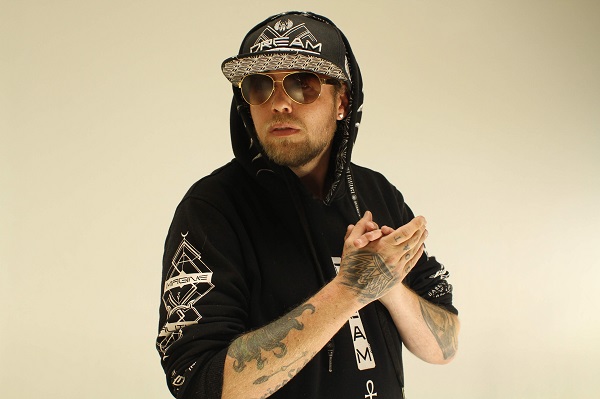 LINCOLN, NE – Many young men who grew up in challenging circumstances have turned to music as their escape, and David “Price$$ Lion” Stefan is no exception. Born with mild cerebral palsy which limits the range of motion in his left arm and leg, David was bullied most of his life for having a disability. Today, the artist gives hope to those who have been bullied for being different. “I use my music to change the world’s perception – it’s OK to be different,” he said. “Being different is greatness.”

David’s journey from bullied kid to well-traveled recording artist and entrepreneur is told in his new album, “Changes: A Lion to Mufasa. “ The story about the changes in David’s life over the past five years is told from start to finish over the course of the album. Lessons learned and obstacles overcome have taken him to heights he had only dreamed of before. Recorded at Sanctuary Studios in Nebraska and mixed and mastered in Houston, the new album was released earlier this year.

The 13-song album showcases David’s talent with EDM, Pop, Rock and Roll, and has something for everyone. A particular favorite, titled “Superhero” tells how anyone can be that rock for someone. Another standout track deals with getting off the “Roller Coaster” of toxic relationships and realizing self worth. “Once you get out of that toxic relationship and truly find your own worth and love yourself, the world is unbelievable,” the artist asserted.

David “Price$$ Lion” Stefan started seriously making his own music in 2006. That year, he penned “Let Me,” a song for the athletes of the Special Olympics. A few years later, he wrote the follow up song, “Let Me Anthem” which conveys his passion for assisting and inspiring others to overcome their own challenges. Over the years, David has performed in front of tens of thousands at Special Olympics ceremonies in several states and for international audiences. Last year, he opened for big name acts such as Nappy Roots, Scarface, Rittz and Jadakiss during a multi-state tour. David is also a Nebraska Special Olympics Hall of Famer, winning over 50 gold medals, 8 silver, and 4 bronze over the years.

Influenced by artists such as Nelly and Michael Jackson who were never afraid to go outside the box, David experiments with his latest album to step outside the box himself. A passionate and caring creator who works to help others achieve their dreams, David is making music for all the people who feel like they don’t have a voice.

To that end, David records meaningful music with a message. He also helps give kids and others the chance to live their dreams and do things they love through his philanthropic efforts of the “Let Me Foundation,” which he founded in 2006.

He also founded the recording label and marketing company, True Fortune Ent., and remains grateful to the crew of artists he’s working with. The label provides an outlet for Drama, Psykes, Justin Pickett and JuJu the Mystic, in addition to an online merchandise shop for these and other artists.

With all the craziness that is going on in the world, “Price$$ Lion” has released “Changes: A Lion to Mufasa” to show there is still hope and a belief that things will improve. “If you feel down in any way,” David said, “all you gotta do is simply believe in it – you can overcome everything!”

To listen to Pricele$$ Lion’s music or follow him on social media, please visit:

“Changes: A Lion to Mufasa“