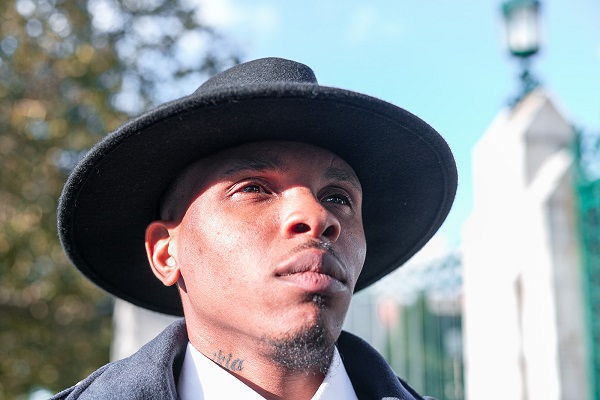 BOSTON, MA – Newly added to the Bentley Records family, King Supreme Da Don is a Hip Hop artist worth looking out for. With his latest EP single “W.F.T.G.U.” coming out on October 21, KSDD shows artistry and talent through a track that can get stuck in your head, exactly where you want it to be.

Growing up, KSDD was always invested in music. “I got into music at a young age. I always had a strong passion for music especially when I was growing up. Now that I make music of my own, I would say that I have a more creative sound. I think I would label it more as Hip Hop music rather than Trap.”

The name King Supreme Da Don has a very significant meaning. “Growing up over the years, I had a few different names and I stuck with King Supreme Da Don because I had a name before, L- Supreme Tha Boss. I took part of the name of Supreme from my father who actually made music of his own back in the day. So I took part of Supreme and I added King in front of it because I believe that everyone deserves to be a king or queen. I have always said that however you see yourself fit to be, then that is who you are, so that is what I stuck with. My goal is to do everything possible to live up to that. I am always going to be a king, my wife will always be my queen, and everyone out there was born to be a king or a queen too.”

KSDD has a few core inspirations. He takes a lot of influence from artists such as Tupac, but is mainly inspired as a musician by his family. “I take a lot of inspiration from Tupac because he is such an important artist to me. But right now I would say that my greatest inspiration and my motivation as a musician comes from my children and my wife.”

The track “W.F.T.G.U.” is a song about the obstacles that KSDD has had to overcome and the way that he has been able to make it through. “This single is about all of the struggles that I have been through and how I came out on the other side. The entire EP goes along with it as an outlining of what I am capable of doing as an artist. It really talks about me aiming for what I want and proving that I am able to keep up with everyone else. It also talks about how I am always going to be trying to provide for my family, no matter what.”

Along with his musical ventures, KSDD and his wife are doing all that they can to help other artists to have the same opportunities that KSDD had with their new label New Age Limit Records. “My goal is to build a foundation that will strive to be the best that it can be. My wife and I started this company under the principle of helping artists that are struggling and giving them a chance to build a basis right here in Massachusetts.”

Check out King Supreme Da Don’s music as well as his social media accounts below.