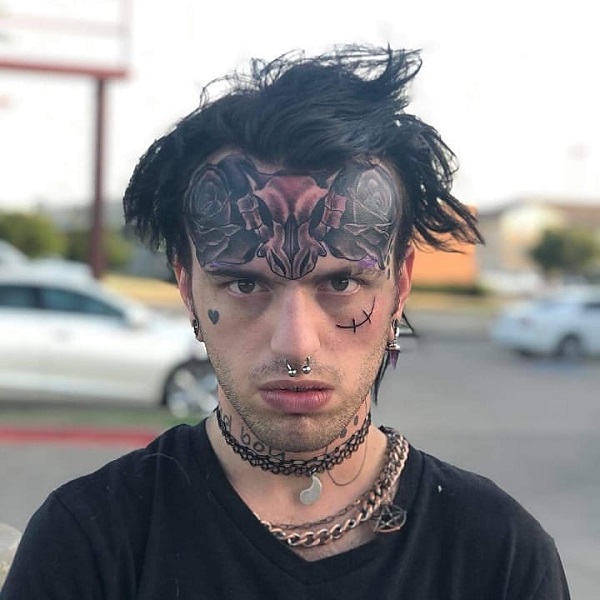 DENTON, TX – If you’ve ever wanted to cray and mosh at the same time, Sadbreed is the artist for you. This young Nu-Metal artist from Denton, Texas has made a name for himself in the South and is set to propel onto the national stage with his new single “Estupido?!” Currently available across all streaming platforms, “Elstupido?!” is a mash-up of Hip Hop and Metal with a unique style that is purely original.

“It’s a song that captures who I am as an artist,” Sadbreed said. “It’s fueled by my emotions at the time I wrote it, when I was comparing myself to a lot of other artists. I felt like my music wasn’t doing great even though I was making monumental steps toward becoming a better artist and I had been making a bunch of songs that I thought were good. I had to remember to stop comparing myself to other people. So, basically I’m telling myself not to be stupid because when it comes to my music, there’s not a lot to compare to anyone else.”

Growing up, Sadbreed looked to Nu-Metal bands for comfort in a time where he felt like he didn’t fit in. He said he’s been through a lot of bad things in his life and has struggled with depression and mental illness for most of the past decade. Those struggles have been exacerbated by the loss of multiple close friends to suicide. But through it all, music has been a constant companion. While listening to lyrics, he said he could feel the emotions of the artists as if they were speaking directly to him, and that made him feel at ease with who he was at his core.

“Coming from a very harsh upbringing, my music is a pure expression of the pain and hardship I experienced,” he said. “I was abandoned as a child by my father and I went through a lot of physical and mental abuse. I had to endure a lot of people turning on me. The hardest battles brought me wanting to commit suicide, but music saved me. My dream is to get my music to people who also suffer from anxiety, PTSD and depression so that they know I’ve been there, too.”

Toward that end, Sadbreed is making a full album that addresses mental illness in a variety of ways. Staying true to his Nu-Metal style, “Die Like This” will be an album that explores a different sound of Hip Hop with a message that he hopes will go far and help a lot of people all over the world.

“Too many people are dying from suicide and depression,” he said. “I’m tired of it. I don’t want anyone in the world to have to know someone to die by suicide. This album will hopefully encourage anyone who has struggled to be an open book. Talk to me. DM me if you want. If you do, I promise you’ll get a response. I just want people to be OK, and a lot of times, especially nowadays – it feels like you’ll never be OK again. So, this album is hopefully going to help people to take that extra step and reach out to someone for help.”

To listen to Sadbreed’s music or to follow him on social media, please visit: