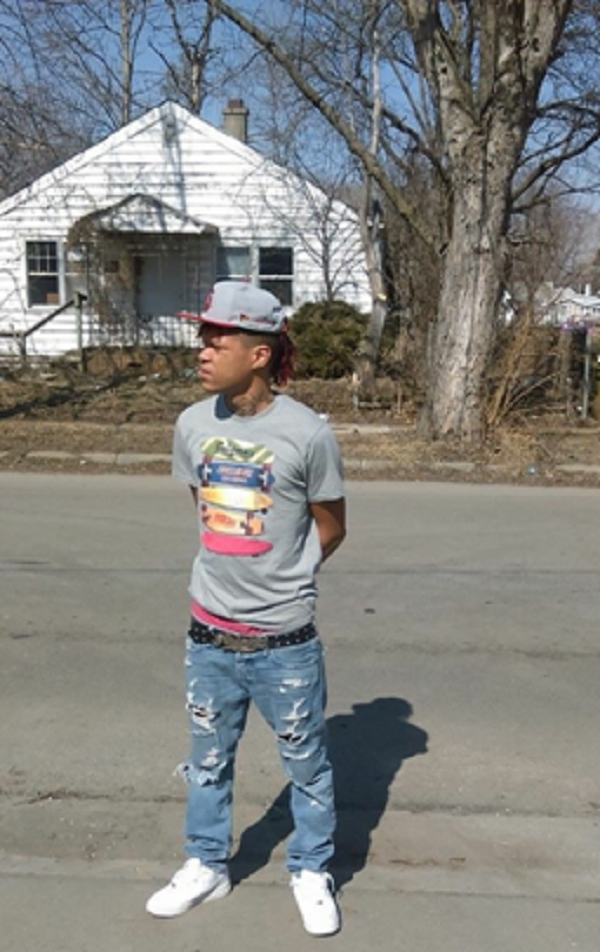 LOS ANGELES, CA – Okye Glaze has a timely message for the world: Don’t give up. Don’t ever give up.

The West Coast artist known as Stoopid Swagg OG is using his platform as a musician to inspire others during these dark times. His latest single, “Keep on Going,” is the perfect kind of motivational track that many people around the world need to hear today. A west Coast vibe combined with a Dirty South feel born from his roots in Memphis, Tennessee… the single showcases Stoopid Swagg’s signature style while offering up new perspectives on life.

“The whole point of the song is to keep on going,” he said. “Don’t stop. Never quit. I never stop. I’m super-charged and equipped. I want to reach infinity – everlasting, forever, no ending. Throughout the good and the bad, no matter what happens in your day-to-day life – even if something doesn’t go right – just don’t stop. Keep on going. No matter the situation, you keep pushing and keep moving forward.”

The upbeat anthemic single is the latest from this artist who has been bringing hit singles for the past decade. With “Keep on Going,” Stoopid Swagg brings another statement piece with high quality sound and an adept ability to spit bars. He considers his artistic style to be in rare form and hard to explain because it doesn’t sound like anyone else in the game today.

“I have my own unique sound and presentation,” he said. “When you hear my music, I tell stories in my songs – like I make movies happen with words. The message I bring and my wordplay is what ultimately sets me apart. The way I do music and tell a story is what makes people feel like they’re there. I just want it to be epic – from the lyrics to how I present myself, to the sound, to the message, and everything else. I want it to be known for every possible thing it can be known for, which ultimately is greatness.”

Stoopid Swagg has been making music since 2008, when he first started writing songs with his cousin during their teenage years. His first song, “Outside, Rimmed Up,” made a bigger splash in his community than he thought it would, and the response gave him the energy and determination to keep going. By 2018, he was making hits and had moved to Los Angeles to pursue a career in music full-time. In 2015, he dropped the single “Real Niggas Fuck With Me,” featuring Bricksquad Monopoly, and the single went on to make a major splash across the

U.S. Since then, he’s performed in Atlanta multiple times, got mixtape placements with mainstream DJs, and signed an indie deal in Atlanta and worked with a sports and entertainment firm in Hollywood.

Along the way, he’s polished his brand Stoopid Swagg, which he said is meant to evoke an image of someone who is always stylish and clean-cut.

“When you see me, you know I’m about to handle my business,” he said. “I’m crisp, fresh and fly. I want my swag done. I’m gonna present that swag. It’s always gonna be raw.”

In addition to “Keep on Going,” Stoopid Swagg is planning to drop two new singles called “Baby, I Be Fresh” and “Hold Up,” both of which should be released before the end of the year.

To listen to Stoopid Swagg’s music or to follow him on social media, please visit: