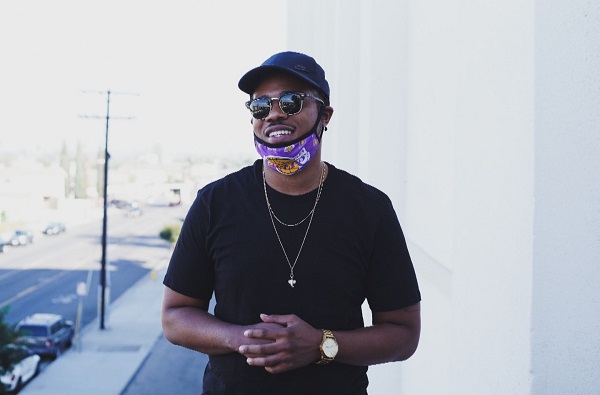 LOS ANGELES, CA – Martial arts meets hip-hop in powerful ways on the new single from West Coast artist Geeforce420. “Mastermind” is an upbeat, anthemic hip-hop groove from this master of rap who doubles as a practitioner of the martial artist. He’s an artist who has been on a mission to build a bridge between his two loves – hip-hop and martial arts – and with this latest single he has indeed accomplished that.

The single is yet another song that showcases the amazing talent from this seasoned songwriter of the industry. The way he has grinded and interacted with people over the years is testament to the strong work ethic and attention to detail he brings to the game. The result of that hard work is a multi-conglomerate media offering that includes apparel, film projects, and an archive of songs that can keep fans entertained for days. And through it all he displays an amazing originality in the way he creates.

“Most people say I think outside the box,” Geeforce420 said. “I’m very creative with how I write and how I do my thing. I write about what I’ve been through and what I’ve seen and what I’ve done. I write about what I’ve achieved, or the difficulties I’ve passed through. And I use my music to help others stay focused on their goals and getting it done. That’s why I use ‘Force’ in my name – I have forced my way here. I had a goal and a vision, but it wasn’t gonna come if I didn’t force it. You gotta force the things you want. That’s the only way it’s gonna get done. Start forcing the things you need in your life. Do anything you gotta do to achieve what you want.”

Geeforce420 has displayed this deep level of ambition since he was very young. Born Jarell Gee Cottom in 1990, he was raised in Los Angeles to a family that apprciated all the legends of hip-hop. From a young age he was listening to Tupac, Lil Wayne, Ice Cube and Jay-Z. By his early teenage years he and his brother was writing their own raps. They created a makeshift studio in their bathroom – with a radio and a mic hanging over the shower pole – and called it Bathroom Productions. He stuck with it through the years and eventually created a signature sound that is easily identifiable today.

“My music is hip-hop how it’s supposed to be,” he said. “You can listen to my music and you’ll be impressed. I send messages out there to the people.”

In addition to “Mastermind,” Geeforce420 has also released the single “MVP, which is another hype vibe that will get people pumped up. To listen to Geeforce420’s music, or to follow him on social media, please visit the following links: