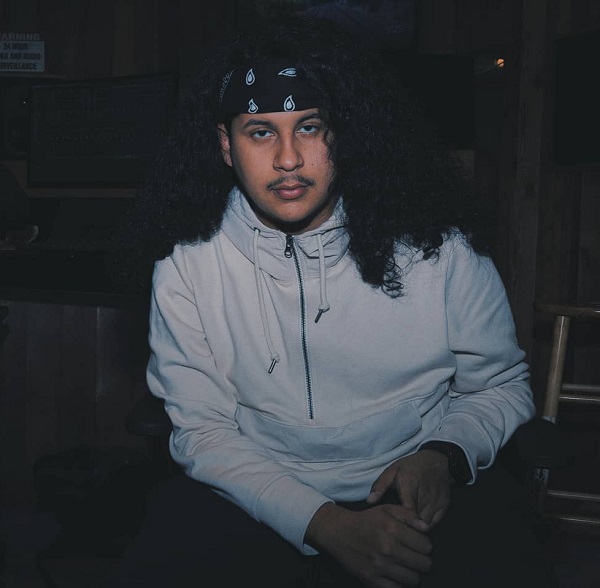 On his debut album, A Blessing Money Can’t Buy, Josiah Grey celebrates his struggles and how he overcame them to truly value life as a blessing money can’t buy. Grey, a native Ecuadorian, may only be 20 years old, but he’s already come up through the ranks as a DJ, producer, and artist.

“I did a lot of DJ’ing. My stepbrother used to produce so I would watch him and he taught me. I would DJ at house parties. He did bigger venues. He took a different route and did Hispanic music. I decided what I wanted to do and taught myself everything else after that,” says Grey. By middle school, he had a recording set up in his room. Later, he spent all his time after school at “YouTube University,” soaking up everything he could about production and sampling. A search for the right studio led him to House of Dreams, where he’s been perfecting the album for the past two years.

While Grey mainly focuses on rap, his album nods toward R&B and rock music, also featuring lines delivered in Spanish. The songs on this project are just a glimpse at the other music he’s waiting to release, which reveals his greater breadth of influences. He’s an eclectic listener, citing J. Cole and Nas as rap influences on his rap and classic rock artists like Pink Floyd, Grateful Dead, and The Doors on his production, alongside The Alchemist, 9th Wonder, and Kanye West.

“Need to Know” showcases Grey’s R&B skills. “It was about a crush I had on this girl. We had a thing and it inspired me. I talk about other situations, but mainly that one. It’s a love song but it has another meaning to it. If you listen to it, it’s about how not to get too obsessed–but just a little bit,” he says. The song’s slow groove and clear vocals highlight its introspective nature.

Grey says, “The point-of-view of the album is me coming out as an artist. I talk about me and the album is about my struggles coming up.” “Josiah’s Journal” makes those struggles visceral. Built on a delicate guitar sample from Pink Floyd’s “Hey You,” the song quickly takes on an aggressive beat and confrontational flow.

The album ends, appropriately, with “Odyssey’s End.” “It’s the end of a journey, wrapping up the end of everything I’ve gone through. It’s about overcoming things and finding resolution. The vibe is about overcoming. Everybody says it’s like a song they’d hear at the end of the movie when the closing credits roll,” the artist says. This track is a rock song with a rap bridge, then becomes a hybrid, all with the help of Truee K. The lyrics celebrates the self-care and self-improvement that have guided Grey, and they’re also a prayer for safe passage forward.

A Blessing Money Can’t Buy is available on all streaming platforms.