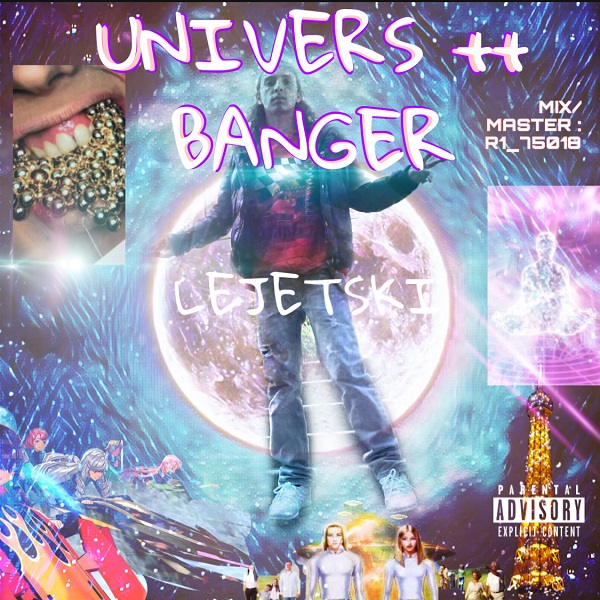 PARIS, FRANCE – Spirituality meets hip-hop and rap with upbeat vibes on new music from Parisian artist Lejetski, co-founder of the label French Slime Rich with Issa Smith. With a punchy vibe filled with lots of energy ready to get fans all over the world turnt up, this 20-year-old artist’s fresh new sound is paving the way for a whole new niche within the hip-hop genre. His latest single “Univers ++ Banger” is his introduction to the world, and brings to light his mission to bring spirituality to the world of hip-hop and rap. It’s his debut single – and when it comes to debuts, this is one of the most outstanding to hit the music industry in a long time.

Lejetski is a young French rapper who moved to Paris in 2019 to discover his voice as an artist in the midst of the budding French rap scene. Freestyling on the streets and posting videos on social media led him to clip and record his first songs, which went viral and created a strong fanbase for this new sound he’s introducing to the world. It’s a new wave he claims to break – something crazy and spontaneous but also natural and familiar. It’s a sound that’s hard to pinpoint and label, but which is immediately attractive to anyone who hears it.

Lejetski said he is not confined to a particular style because he is inspired by all genres of music – from Metal to Classical – and that he has no barriers. The more he has studied, the more he has realized that rap had really become more elevated over the years. He saw that many artists were tapping into lyrics that were deeply philosophical, but he wanted to push even further into spiritual realms. He said he’s always been a person who brings good energy with his music, and the idea of intentionally creating a new sound that pairs spiritual lyrics and vibes with the heart-and-soul of hip-hop just seemed to make sense.

“You can hear it immediately in my lyrics and in my personality,” he said. “You can even see it with the cover art for my music – the meditative images. I want to share my good energy with the world and to inspire people to do what they love. I started experimenting and it grew over time to become something more important to me. Now it’s the main thing that I do.”

Lejetski said he’s on a mission to become the next big international artist, and he’s excited to represent France and the progressive music that’s coming out of his home country. Alongside French Slime Rich, he aims to represent French rap and spirituality, with many other artists among his community set to join the international wave of new music. In addition to “Univers ++ Banger” – which is currently available on Soundcloud and has reached 100,000 streams in less than two weeks – he’s also working on an album that he hopes to drop before the end of the year.

To listen to Lejetski’s music, or to follow him on social media, please visit the following links: