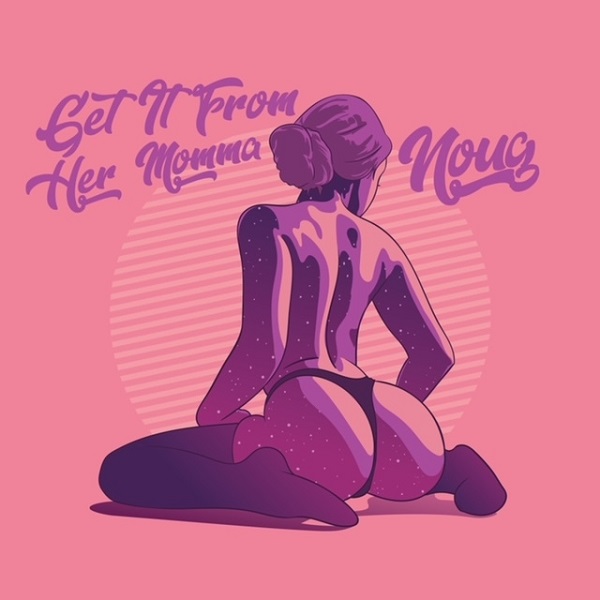 DALLAS, TX – Growing up in Los Angeles, De’Ongelo Sillemon – better known by family and friends as Noug – knew that the only way to make a better life for himself was either through professional sports or as a musician. As a naturally gifted athlete, that was the route he pursued, and he became such a good running back/cornerback in football that he was heavily scouted by Division 1 schools. He was offered a full-ride scholarship to play football at the University of New Mexico, but a series of events with his family during his senior year of high school derailed all his plans and he moved out on his own at the age of 17. Every plan he had to be a professional athlete seemed to go up in smoke overnight, so he turned his focus and determination on what he loves doing – making impactful music.

His talent as a musician rivaled his natural ability as an athlete, and soon he was being courted by West Coast labels. A label called Felony Records tried to sign him at one point, but the contract fell through at the last minute and Noug got frustrated. Living on his own, he made some poor decisions, along with circumstances out of his control, and he ended up losing his freedom.

“Any time I got a break it just felt like I was getting taken away,” Noug said. “When I got released, I knew I needed to make some big changes. I decided to pursue music full-time. It’s now or never.”

Noug said the first thing he did when he got out was to buy an iPhone 11 and record songs he’d written while he was away. He used the phone’s Garage Band app and created his first EP titled “Against All Odds,” which is tattoed around his neckline. He found that the quality of the recordings using only the headset mic that came on the iPhone 11 was decent enough to share with the world on all platforms. The feedback he got was great. It fueled his passion and pushed him forward, and he hasn’t looked back since.

His latest single, “Get It From Her Momma,” is the perfect song to showcase his evolution as an artist and his natural talent with lyricism and spitting bars. Recorded in his studio, the sound is elevated beyond anything he’s done to date, and fans of the song have pushed it into the upper echelon of summer singles thanks to its driving beat and dance-ready rhythms.

“With the twerking movement going on, I wanted to captivate everybody with this song and bring the world together through dance,” Noug said. “It’s a song that empowers every woman from every shape, size and color. Let’s just come together and dance and have a good time. It’s summertime. Let’s get everybody involved. I feel like when it comes to dance, that’s an international language. Everyone can relate through music, and this song is perfect for that.”

Following “Get It From Her Momma” – which is currently available across all streaming platforms – Noug plans to release two more singles called “Checc” and “Regulate.” He also has plans to release a full EP later this year.