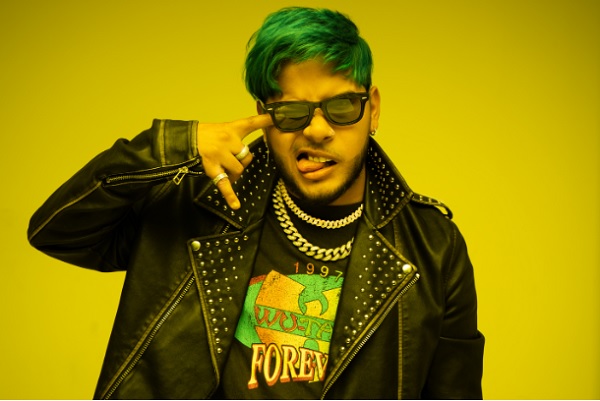 SANTURCE, PUERTO RICO – An artist, producer and all around creative, Asid is already an electric musician with so much to say. His debut album, Asid Drop Vol 1 is a showcase of his and his team’s creativity, ingenuity and overall skill as they pulled the project together from scratch. This new album is exciting and fun in a way that allows Asid to truly shine as a musician. It may be his first artistic work, but it is surely a project to beat.

Growing up in a family of musicians, Asid was constantly surrounded by music. His Puerto Rican roots gave him access to genres and sounds that were crucial to finding his sound and once he found his step, there was no turning back. Asid began as a producer, only 16 years old and sharing his music with a local artist. “The first experience that led me to take this as a professional route was when I was showing some beats in a listening session. This is actually the time that I got my name. I played this artist my music and he told me, ‘The song you’re playing right now is gonna destroy the speakers. It’s gonna melt it like acid.’ That was when I really started to see a future in it.”

From that point on, Asid has been honing his talents in the studio and working to put together what is now his debut project. The project was put together by just himself and his partner GazWez. They used this album to create something that they could truly call their own. “My music is Latino, Spanish and Hip Hop, and Trap. There are a lot of Dancehall elements. My first language was English and I was raised in Puerto Rico so I have the best of both worlds. It’s led me to try to make something that captivates both of these audiences. Both of these people that I am.” His music truly blends two worlds to create something that is not only unique but speaks to the people on both ends of his own life.

The entirety of Asid Drop Vol 1 is an artistically driven project. It showcases a complex set of emotions within and between the tracks and layers it all on top of an amazing and intricate set of beats. The musicality brought to this project is a stand out part of the album. It honestly brings a whole other level to the tracks, making them each stand out in their own right. “Our music brings in so many elements from the languages to the music. We are more than just gimmicky artists. You can see how natural our music sounds.” The importance of their heritage and personal identity is obvious and gorgeous in each of these tracks.

On top of having an amazing debut album overall, Asid and his team have already released two music videos to go along with tracks on the project. They are still working to release another four videos to go alongside their music. Be sure to keep an eye out for these exciting projects and all that Asid has to come in the future, as he is truly an artist who is sure to continue to blow us all away.

Check out Asid Drop Vol 1 and see what Asid has to say on social media. Links to all of this can be found below.