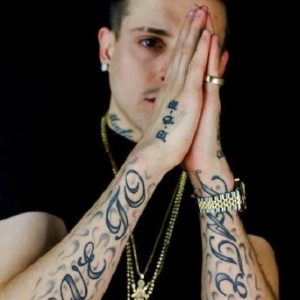 PALM BEACH, FL – Kevin Young is a new artist on the scene who skillfully balances his aggressive, tenacious roots with passion and emotion that shine through every track. From hardened accounts of hustling in the streets, to dance-friendly club anthems – and even slower R&B-infused sounds – his diverse style showcases his own rich experience in life. His most recent display of that talent is the new hit single “Did Just That.”

Self-described as motivational and positive, the mid-tempo track with some energy explores Young’s journey from street living to his current life as a professional recording artist. Having been in-and-out of juvenile detention during his teenage years, and in-and-out of jail as a young adult, Young has made it a habit of overcoming the odds through dedication and continuous hard work. This single explores the tough decisions he’s had to make along the way, and celebrates the good things that have come as a direct result of walking the straight-and-narrow.

“I’m determined to become a rising star in the rap and hip-hop world, and beyond,” he said. “This is the song that tells people how I graduated and shifted from street living into a different life – into more positive things. It’s motivational, and I know people are going to appreciate the genuine-ness of my music. I have a variety of different songs, and through all of them people will see that I’m really genuine.”

Young also emphasized that his sound is very diverse – something he puts on display from song-to-song. He has dance/club songs, hardcore street songs, positive and upbeat songs, and even songs for the ladies. And though when he speaks he has a gravelly, raspy voice; his singing and rapping voice is clear and often times melodic. Ranging in the higher registers of a tenor, Young’s voice displays a rare natural talent that is undeniable the second listeners hear it. It’s no wonder, then, that many people have noted influences like Future and Kevin Gates when they hear Young’s songs. He takes that as a compliment, and hopes to be able to immolate their work ethic and self-motivated success when it comes to his own career.

In addition to “Did Just That,” Young has a forthcoming project called “Cartel Life.” It’s a project that intentionally shows off his ability to be diverse, with every song on the tape showing off a different style or sound or genre. He’s also excited to be joined by some big-name features on the project, including Kevin Gates and King Los. Ultimately it’s a project that explores the life he was living before he got into music, and by reflecting on the street life and some of his past experiences he hopes to be able to inspire others to pursue their own dreams and avoid the pitfalls that he fell into along the way.

To listen to Kevin Young’s music, or to follow him on social media, please visit the following links: