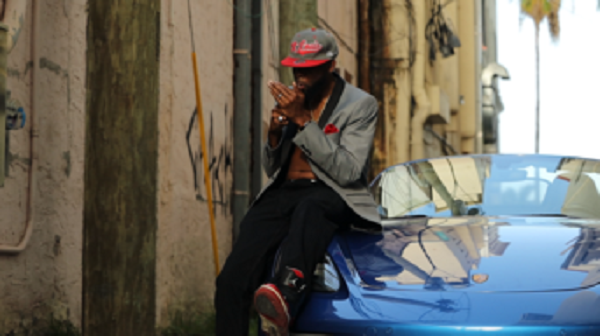 PALM BEACH, FL – Many people unfamiliar with the foundation of the United States of America don’t realize that part of the provision of the original Constitution was to marginalize slaves and people of color by only considering them to be equal to three-fifths of a person. It’s a fact of American history that still echoes strongly in today’s culture and society, and as such it’s one of many facets upon which fast-rising Florida-based artist 3Fifs draws through his music.

The socially conscious rapper brings a burst of energy and entertainment with his catchy grooves and infectious beats. Using the lessons of the past as foundation for challenging and through-provoking lyrics, 3Fifs has been turning heads for the better part of the past decade with his impressive blend of entertaining vibes. Drawing comparisons to legends such as Ludacris and Kurupt, 3Fifs has circled the edges of notoriety since he first burst onto the scene in 2013. That year, the St. Louis born artist was nominated “Freshman of the Year” at the SLUMFEST Awards. A year later, he was one of 14 Us-born artists to perform at Canadian Music Week, and in 2016, he won a songwriters award for his hit single “Blind the Sun.” Since reemerging on the scene in July with a featured verse on the local hit “Do You Wanna,” Fifs’ talents caught the eye of Florida legend Trick Daddy.

Today, this young hip-hop artist is bringing his unique sound and style to the table with a string of new singles that are creating quite a buzz among a wide variety of audiences. His latest single, “Season of the Fall,” is currently available on all streaming platforms and shares a message of love and loss and betrayal at the deepest level.

“The whole message of the song is about how sometimes the ones closest to you are the ones who end up stabbing you in the back,” 3Fifs said. “It’s repeating a view of what I’ve seen over the past few years with relationships with people I thought were good friends and kind of the culmination of all that. It was inspired by my cousin who got killed earlier this year by his girlfriend. He and I came into this music thing together and we grew up like brothers. I took a break from music for a while because I ended up getting married and was really focused on trying to take care of my wife and family through the more conventional route. But when he got killed it’s what prompted me to pursue music again. It’s time to make this happen.”

3Fifs said he hopes people will come to recognize him as an artist who is always real and who relates with others through a wide variety of shared experiences. He said he considers himself to be an everyday guy to whom people can relate, and he wants his music to give people hope and motivation.

To listen to 3Fifs’ music, or to follow him on social media, please visit the following links: