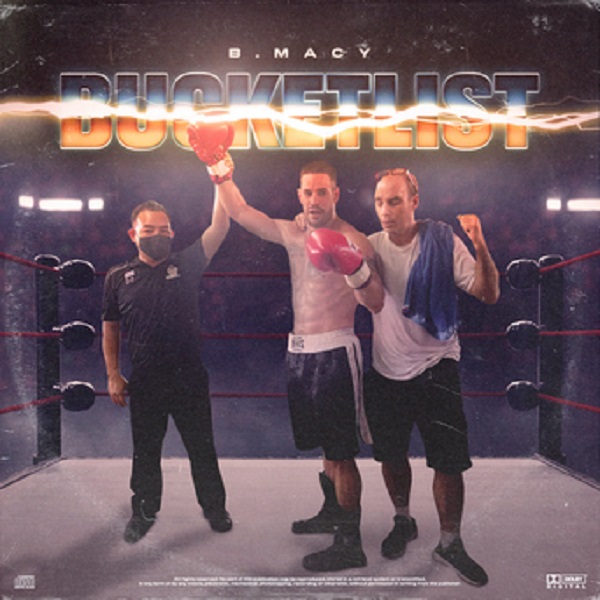 BANGKOK, THAILAND – While many hip-hop artists claim their music was shaped by a difficult upbringing, few rappers bring as much experience and authenticity to their craft than Brian Macy. A professional boxer and Iraq veteran, hip-hop has been a constant companion. Now living as a single father with his son in Bangkok, Thailand, he is using his experiences to create his own brand of hip-hop from the heart. And that heart is put on full display with his latest EP “Bucketlist.”

Across six songs, this boxer-turned-rapper shares his dreams with the world and explores the ways in which we all strive to accomplish the things we aspire to before we die. His easy-going manner and East Coast accent evokes thoughts of Rocky, and his shy demeanor comes through both in person and through his music. You can’t help but like the guy, and you’re sure to love his music, as well.

Macy was introduced to rap music during a childhood spent in boxing gyms in some of the roughest neighborhoods on the East Coast. A non-violent person by nature, hip-hop gave him the courage he needed to succeed in the ring, and gave him an outlet to freely express his emotions. He began spending all of his time outside the gym working on producing beats and writing lyrics. His life was put on pause when he enlisted in the Army, but music was never far from his mind. When he came home from Iraq, he rededicated himself to using his music to put his feelings into words and provide for his newborn son. Since readapting to civilian life and taking a job as a teacher, hip-hop has been an outlet for Macy to make a positive impact on the world. His style is hard-hitting but uplifting, sure to appeal to fans of classic 90s sounds. Macy is committed to using rap as a force for good, and there’s no telling how far his music will take him.

“With this EP I’m talking about my experience as a soldier, a father, and a fighter,” he said. “I self-produce my own beats. I have a unique style that’s more of an East Coast Boom-Bap type thing, but it definitely has a Brooklyn influence. I’m a humble guy. I’m a single father. And I’m just a guy whose putting out music and doing his thing. Just a guy giving it a shot. Like the name of the EP says, I want to do stuff before I die. I’m ready to knock it out.”

To listen to B Macy’s music, or to follow him on social media, please visit the following links: