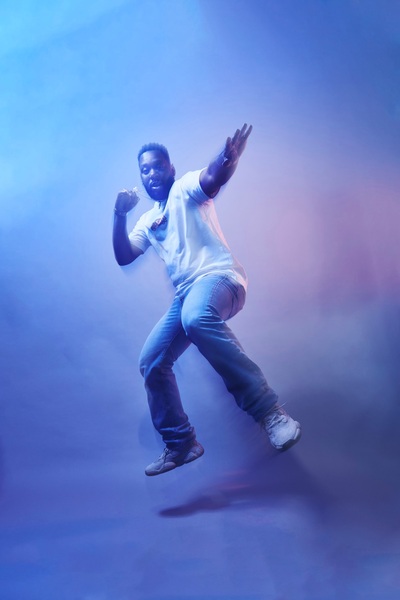 LOS ANGELES, CA – The full realization of Paul Morris’ artistic masterpiece is about to be unveiled for a global audience. What started with his hit single “No Reverse” at the beginning of the year now continues with “Coolest,” the next in a string of singles set to be released every month from now until July of 2022. And each song comes with an animated video – one playing off the other for a story woven together through song and artistic expression. Ultimately the story will be contained in the album “The Flight,” which will be released at the end of the journey.

Unlike “No Reverse” – which featured a spacey, out-of-this-world vibe – “Coolest” kicks the door open with a unique and original production style that perfectly sets the stage for the music to be featured on “The Flight.” It’s a song that shows the world who he is as an artist and what he’s able to bring to the table as a producer. It also defines him as a person lyrically, and introduces just one of many sounds perfected with the help of Grammy-nominated recording and mixing engineer Bryan Cruz.

“It’s going to be a broad album with different sounds throughout,” Morris said. “There’s definitely a different tempo on this song than the last one, which has a slower tempo and was more political. With this song it’s all me and it’s a party and we’re cruising together. It’s a vibe, and kind of an autobiography, but in a cool way. Ultimately it’s a song about how cool I am and how cool the project is.”

Formerly known as the artist Konchynce, Morris has long been a sought-after producer in the industry. He’s been making music for the better part of the last decade and has had the opportunity to work with many Grammy-nominated producers and engineers. Early in his career he worked with Derrick “Drop” Braxton on his mixtape “The Knowledge.” Drop is a producer perhaps best known for working with Lupe Fiasco on his album “The Cool,” which has received high praise from industry insiders since its release in 2007. Morris said he connected with Drop shortly after Lupe’s album release, and took him under his wing. He’s put in the hard work and honed his sound to be something truly special.

“My music is always about positivity,” he said. “I produce my own music, collaborate with other artists, and just try to make positive, moving music. ‘The Flight’ is about taking things to the next level. That’s really the theme of the whole album – moving to the next level. What the journey and the ride is like to start as an independent artist and becoming a superstar. The incline and taking off – me taking off and going to the next level. I’ve been behind the scenes for a long time, and this is like the takeoff.”

“Coolest” is slated to drop across all streaming platforms on Sept. 17.

To listen to Paul Morris’ music, or to follow him on social media, please visit the following links: