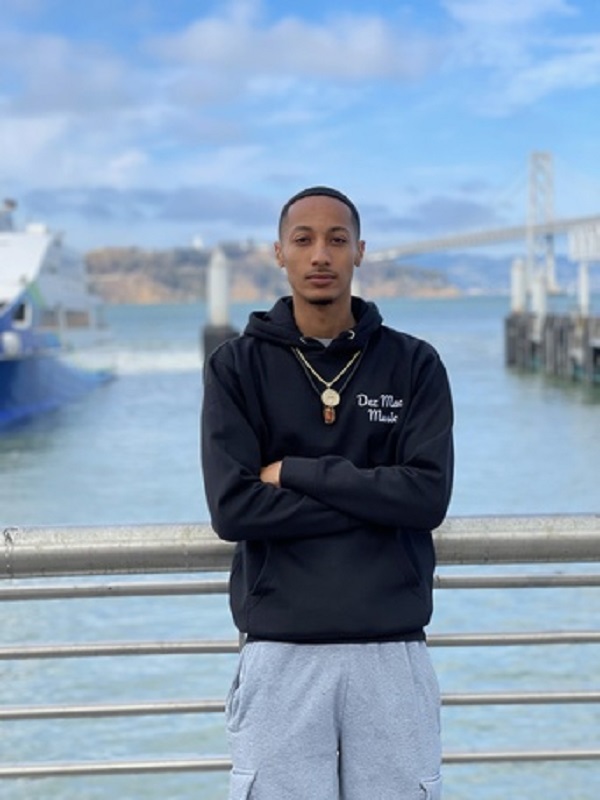 SAN FRANCISCO, CA – Hard circumstances make for tough lessons learned, but sometimes it’s those hard times that end up defining the legacy we leave. That’s the case for West Coast artist Dez Mac, whose time living in a homeless shelter for a few months after first moving to San Francisco became the spark of inspiration he needed to pursue his dreams.

Originally from Youngstown, Ohio, Dez Mac moved to San Francisco about four years ago with an idea to pursue his passion of making music professionally. He’d graduated from college with a degree in electrical engineering, but never found a job in that sector – instead settling for a job as a plumber. He hated it, and one day decided to make the leap and move to San Francisco. But he had no money and no support, and so the first three-and-a-half months in that new city were spent in a homeless shelter. But it was there that he found his muse, so to speak, writing about his experiences and sharing his songs with the other residents of the shelter.

“I initially wasn’t sure people would like my music, but the people there loved it so much and one girl took me to a place called The Sunset where I did a recording, and everything just took off,” Dez Mac said. “Since then I’ve done more than 50 shows and I did my own tour in Atlanta and Las Vegas. I’ve been offered distribution deals. I’ve worked with producers like Zaytoven and DJ Fresh. I’ve been featured on Bow Wow’s mixtape. I went from living in a shelter to being a successful artist and touring all over the world. It’s been a crazy journey and experience, but it has all lead me to being able to invest in my music and live this dream.”

Dez Mac is set to release his newest hit single on Oct. 22 when he drops “Know About It.” Inspired by the gun violence and police brutality of recent years, the song explores a number of social ills and challenges listeners to do something about the wrongs they see around them.

“My goal is to spread peace and love through my music,” Dez said. “In all of my songs I’m trying to get across a message. This one has more of an up-tempo beat and it gives you a real feel and a good look inside my life. It’s powerful because it’s relevant in what’s going on in the world and what’s going on in people’s lives. It’s lyrical and enjoyable, but it also has that wow factor that people are going to recognize as something different than anything else they’re hearing out there right now. Mostly, though, I’m just trying to bring a positive vibe that inspires people to go for their dreams and to realize that no one is perfect, but we can all strive to be better.”

To listen to Dez Mac’s music, or to follow him on social media, please visit the following links: