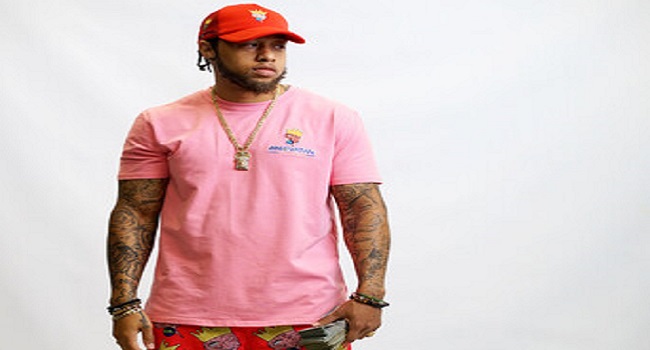 BIRMINGHAM – Diversity is the critical ingredient for Southern rap, and Alabama’s own Dolo Fibonacci is expanding that signature trap rap sound with “Cujo,” his latest album.

“My music is strictly out for feeling and emotion,” said Dolo Fibonacci. “My songs provide that. Rapping in the South, I have an opportunity to create a voice.”

The voice that Fibonacci creates with each single on “Cujo” demonstrates his authority for hard rapping hooks and lines followed by a soul-pounding beat that always has a consciousness under each rhyme.

“‘Cujo’ is really an alternative perspective of trap music,” explained Fibonacci. “This is the equivalent to what urban legend is about, and it is my music. If you look at any other previous things that I have, at least one has been about me showing my artistry regarding my delivery. It involves more perspective bass traps where I’m trying to spin and be lyrical.”

Those “barriers” are how Fibonacci relates with his global fanbase. “I am not being a braggadocious rapper who’s just trying to sell you. I’ve been living through some shit, and I want you to listen and hopefully be with me in a way that I can get you through some of the shit. You can take my transitions, my struggles, and tribulations and being broken down on your ass, not knowing how to get out of those situations, and know that I’ve been there in your same situation,” explained Fibonacci.

Taking inspiration from a childhood surrounded by music greats such as Sam Cooke and Marvin Gaye, Fibonacci expanded his musical scope to include rap legends like UGK and Outkast to set the foundation for his unique style takes listeners on a journey. “I was always around music, and it was always nearby,” he said.

The connection between music and this Southern rapper led to his name. “I got the name Dolo from being comfortable making moves by myself. I added Fibonacci as a reference to say, ‘Dolo Forever’ because the Fibonacci sequence is never-ending and a part of all things,” he revealed.

And “forever” in the industry is what Fibonacci plans to be. “I’m just a normal person, and I go through shit like everybody. I deal with the same emotions and feelings that every normal person in the world does, but I’m resilient, and I don’t stop until I get what I want. I’m going to keep on fighting no matter how many times I get punched and land on my ass. I get up every time,” he said.

The Southern-bred native continues to take steps to improve his life, and each song sends a clear message to fans that hope is ahead. Additionally, Fibonacci is a mentor for up-and-coming rappers through his record label Innovative Visions. “We’re just trying to build each other up at the same time. With ‘Cujo,’ I’m just making some really dope music that the people can vibrate.”

Make sure to stay connected to Dolo Fibonacci on all platforms for new music, videos, and social posts.