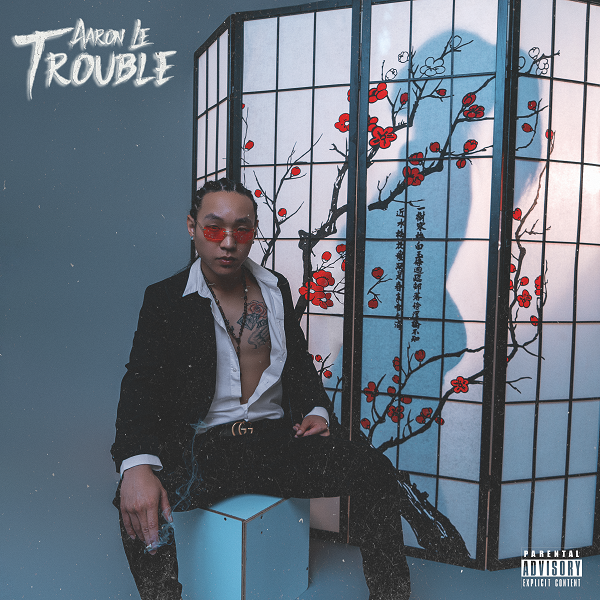 SACRAMENTO, CA – A fresh sound from young new artist Aaron Le is about to hit the market with his debut album “Trouble,” set to drop across all streaming platforms on Aug. 14. The 10-song project perfectly displays this Asian-American’s mastery of R&B vibes interlaced with Hip Hop and Pop for a truly signature style. With soaring vocals reminiscent of Smokey Robinson, Stevie Wonder and Bruno Mars, Aaron Le has the kind of sound that is sure to pierce through the crowded market and hit the ears of new fans all over the world.

Le said “Trouble” is a project that explores a handful of different themes that all circle around the idea of toxic relationships. He adopts a kind of old-school gangster vibe as a person and he takes listeners on a journey through different scenarios that are equally whimsical and witty. But the overall experience is one that’s both fun and entertaining in a way that demands repeat plays.

“The whole aesthetic is embracing the idea of trouble in all its forms,” Le said. “All of the songs kind of tie together under that idea – whether I’m talking about girls or myself or other guys who might be trouble for girls. The main single, which is also called ‘Trouble,’ talks about wanting somebody not good for you, but even though they’re toxic and bad for you, you still want her. But the overall project can be taken however people want to take it – girls are trouble or he’s trouble or different kinds of trouble.”

The project is produced and distributed by State of Gold Music with whom Le signed for a one-EP project. Floyd Armbrester, CEO of State of Gold Music, discovered Le and has worked with him over the past year through various collaborations of artists also on the label – including the singles “Overtime” featuring The Mekanix, “Smell Like Money” featuring Clyde Carson, and “Girl I’m The Man” featuring Keak da Sneak. All three of these HOT tracks were featured on the State of Gold California Album.

As a Vietnamese-American who loves Hip Hop and R&B, Le said he hopes to be able to inspire other young Asian-Americans who have dreams of making it in the entertainment industry. Le developed his passion for music early in life by listening to Hip Hop music with his older brother who was involved in break dancing. Le said he fell in love with the sounds of artists like Michael Jackson, Chris Brown and Usher, among others. When he started singing their songs, others began to notice that he had a great voice and encouraged him to develop his sound. At age 16, Le was introduced to Q Made The Beats who had his own studio. The two worked together and recorded some early tracks that more than anything else helped Le catch the bug for the art of making music. He hasn’t looked back since and is excited to partner with State of Gold Music to launch his debut album.

“I hope people hear my music and have fun and recognize me as someone who has a young spirit,” Le said. “I also hope I can inspire other Asian-Americans to know that they can do it. It’s tough in this industry to have a signature, and I want to inspire younger cats so that they can believe in themselves and follow their dreams. I believe I have the sound to cross demographics and genres and reach people all over the world, and eventually have it go down in history.”

To listen to Aaron Le’s music or to follow him on social media, please visit: