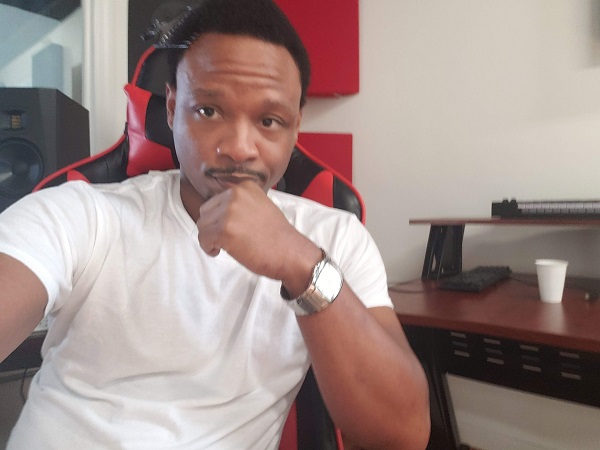 BRONX, NY – It’s been quite a year of quarantine from the pandemic and adjusting to changes in the economy and in lifestyles, but many people are beginning to find a new normal and re-enter the workforce. New York artist Curtis CEO has created the perfect single for that sentimentality. It’s called “The Re Up,” and it’s currently available across all streaming platforms. With a laid-back chill vibe that emphasizes his thoughtful lyrics, “The Re Up” is a song that’s perfect for any occasion.

“I was a teacher before all this and now I’m not because of the pandemic,” Curtis said. “This song is for all those other people who have been waiting for normal to return. It’s a song that says whatever you’ve been doing in the past and have been forced to re-do in a new way, congratulations on making adjustments and doing things the right way. I just want my music to be known for getting people through their day. That’s how I got into Hip Hop and what has helped me through this tough time. I’d have a bad day and rush home and listen to music and it would make the day not so bad anymore.”

Curtis said “The Re Up” is a prelude to a full mixtape that’s set to drop in coming weeks called “Black Treasury Vol. 1.” Preorders for the project are currently being accepted on Curtis’ Distrokid website. With a concept that embraces a unique philosophy made into reality in Oklahoma and Florida surrounding the idea of a “Black Wall Street,” Curtis said the project is one that will encourage listeners to become the CEOs of their own lives.

“In spirit, I’d like to create a Black Wall Street that doesn’t get burnt down,” Curtis said. “In Oklahoma and Florida, they had that for a while but they didn’t have enough to protect whatever economy they had going for it. But I believe we can create our own economy and our own treasury and in essence, everybody can be the CEO of their own lives. Regardless of the circumstances of your own life, you can take chances and have success according to your own barometer of success, not anyone else’s barometer of success.”

“The mixtape will include 11 songs that are heavily influenced by the times we’re going through”, Curtis said. The debut single from the project is a song called “Roller Coaster,” which explores the joy and consequences of over-indulging during a night out. It’s a song that puts on display Curtis’ ability as a master of lyricism and shows off his skills with a Trap/Hip Hop/Drill sound.

To listen to Curtis CEO’s music or to follow him on social media, please visit: