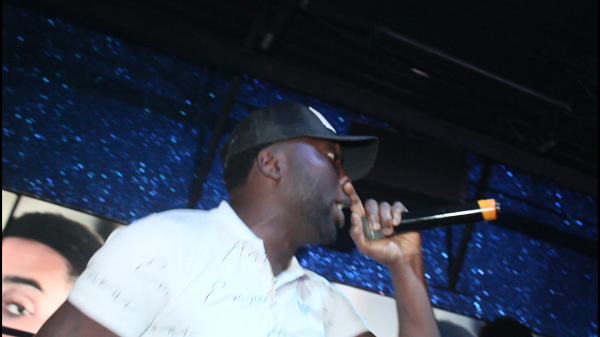 ATLANTA, GA – It only take a few bars from one of his impressive songs to know that President Kinte is an artist with a whole lot of drip, flavor and swag. Operating out of Atlanta, this fast-rising rapper has dropped a 15-song self-titled album that is starting to make some major headway among industry insiders. Telling the story of his transition from the streets to the successful life of a full-time professional musician, “President Kinte” is the kind of album that puts new artists on the map.

“It took me eight years to get this project done,” President Kinte said. “It covers the collective journey of everything I’ve been doing and how I got to this project. I’m from the streets – I’m really from the gutter – and this album captures all the small things that showed me there’s a world outside of where I’m from. That inspires me. I’m not driven by money and I don’t care about fame, I just want to show people there’s something bigger than where you are from. I came from nothing, and you can, too.”

The debut single from the album is a song called “Big Dog Status.” The upbeat, anthem-like track serves as the perfect motivational mood to build self-confidence.

President Kinte started his journey in music when he was a student in junior high. He has always loved poetry and rhyming words, and that passion led him to some accolades at a young age. The more he kept writing poetry, the more he liked the way his words sounded against certain beats, and eventually, he began rapping the lyrics he’d written. Over the years, he’s developed his sound and cadence to create something that’s truly original. That signature style starts with a one-of-a-kind voice and continues with a swagger that flows through a fusion of multiple genres.

“The industry is opening back up and looking for new talent, and I feel like it’s my time,” he said. “I’m what the industry has been waiting on. I’m the kind of artist who wants to give everybody an opportunity. If my music can open doors to change people’s lifestyles – to help them get out of poverty and give them the opportunity to do what they dream of – then it’s all beneficial to me. When you talk about President Kinte, you’ll say that he’s the guy who gave you a shot and put his neck out there for you. I’m gonna open that door for people.”

To listen to President Kinte’s music or to follow him on social media, please visit: