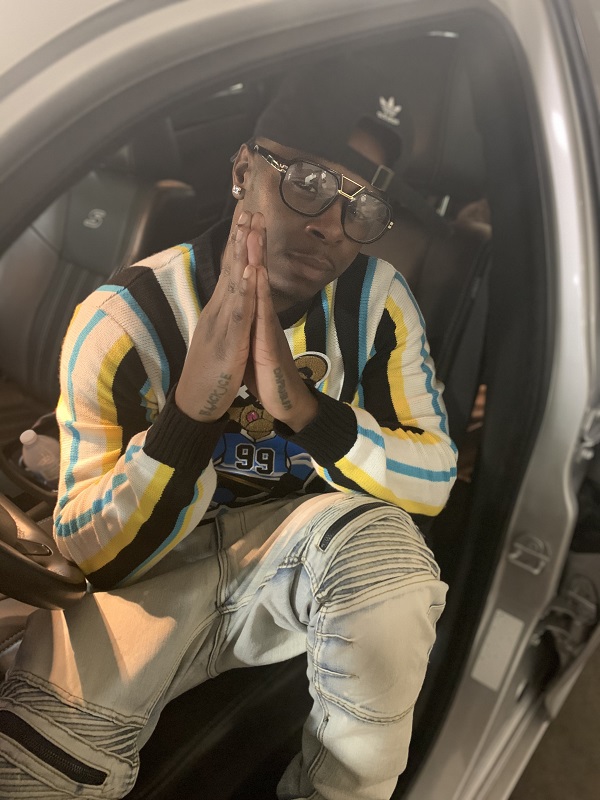 LITTLE ROCK, AR – For Justin Utsey, music has always been a way to escape, stay positive and connect with people who share his similar story. Troubled by a rough life growing up on the streets of the south side of Little Rock, Arkansas, this young artist who goes by the stage name YGK Drako turned to boxing, and fighting became a mainstay throughout much of his younger years. But in 2007, he discovered a love for music and found that he had a natural talent for creating unique sounds and styles that others seemed to love. Music became his escape from a life of crime, and he hasn’t looked back since.

His latest single, “Show Off,” is a chill, mellow vibe with a Trap groove that is one of the hottest tracks he’s ever created. Currently available across all digital streaming platforms, the song has a catchy energy that pairs perfectly with his bars as he raps about anything and everything that might cross his path on a daily basis.

“This is me showing what I can do while trying to reinvent myself,” he said. “I just wanted to change some things up and show people my new self. I’m rapping about money and jewelry and cars and being from the hood, and just all the everyday things I’ve seen. I’m just trying to be myself and stay original. I don’t try to keep up with whatever anyone else is doing. I’m just being true to who I am.”

YGK Drako said one of the things that helps him stand out from the midst of a crowded music industry is his unique voice. Inspired by legends like Lil Wayne, Drake, and Future, YGK Drako fuses his Rap with a wide variety of other styles from various other genres. He credits artists like Nicki Minaj, Chris Brown, Adele, and Justin Bieber as just a few of the musicians who have helped to expand his appreciation for good music.

“Like them, I just want to be known as a great artist,” he said. “Anything you hear from me is gonna be something hype. I’m looking to do this for the rest of my life because this is truly something I’m passionate about. I’ve never heard another artist with my voice, and I’m ready for the world to hear it.”

Following “Show Off,” YGK Drako said he has another single called “Curry” set to drop in March.

To listen to his music or to follow him on social media, please visit: