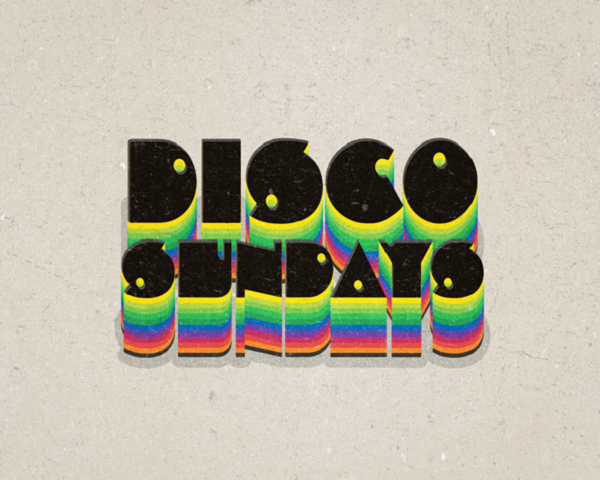 BALTIMORE, MD – Soul, Funk, R&B, Jazz and Disco come together in profound new ways on the debut album “Sending Love” from the new group Disco Sundays. With a sound that’s often described as nostalgic yet progressive, Disco Sundays pays homage to the catchy sounds of the past by combining elements of previous eras with sounds and styles of today. The undeniable swing of the drums and a signature soulful touch in the melodies pairs perfectly with a healthy dose of funky bass lines, making Disco Sundays one of the hottest new acts in the music industry today.

The standout single “Cloud9” from the new project is perhaps the best example of Disco Sunday’s original sound. With a mesmerizing and hypnotic melodic flow that plays against bouncy 808s, the song hooks listeners from the beginning and invites them into an unending flow that takes them on a ride and refuses to let them off the tracks until it reaches the end of the line. It almost has a Bone Thugs N Harmony kind of feel to it, though with more of a throw-back vibe that evokes ethereal emotions along the way. As one of the only songs on the album with vocals – from featured artist Irie Buchanan – it certainly stands out from the others and serves as a great introduction to the one-of-a-kind sound and style coming from Disco Sundays.

“It’s a favorite among most who hear it,” said Melvin Thomas – the music producer, musician, audio engineer, DJ, sound designer, and digital artist behind the creation of Disco Sundays. “Basically it’s about when the world tries to knock you out of your zone and you have the willpower to fight and stand up for what you believe in. It’s a song that shows off what we’re trying to do. Disco Sundays has a production style that has a lot of kicks and crazy basslines. The name describes a lot.”

The name is so powerful, in fact, that Thomas said Disco Sundays plays to reinforce that vibe by releasing a new single on Soundcloud every Sunday for the rest of the year. They’ll start with “Pick Me Up” on March 29, followed by “Nightcrawl” on April 4. Thomas said it’s a strategy that Disco Sundays wants to employ so as to keep listeners engaged consistently every week and continue to build momentum over time as they share their music with the world. Eventually the group will sell vintage-like merchandise and offer their music on vinyl instead of CDs. It’s an approach similar to artists such as The Gorillaz, Flying Lotus or Thundercat, just to name a few.

To listen to Disco Sunday’s music or to follow them on social media, please visit: