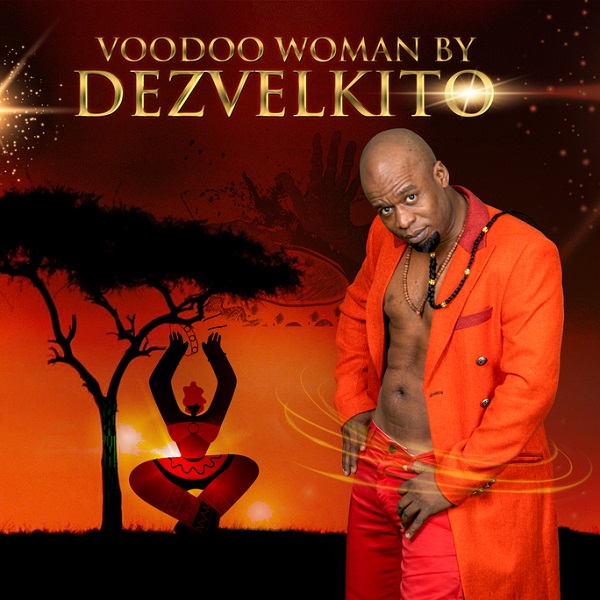 NEW JERSEY – A fiery new drum-seduced track that allows your senses to escape into the jungle with blissful happiness is making its way to the masses from spiritual guru and international artist Dezvelkito. “Voodoo Woman” is an upbeat dance track that highlights the kind of women who entrance men and end up changing their lives. It’s one of many new tracks from this artist, who spends his days developing and building organic health spas that he plans to share with the world as part of his mission to offer spiritual and physical healing to the citizens of the earth.

“The song is about a woman who has everything so good about her that men are obsessed and can’t get away from her,” Dezvelkito said. “A lot of men out there are possessed by a voodoo woman … but these men love it! There are women out there who literally possess a man’s soul with their loving.”

“Voodoo Woman” is just one of many singles that Dezvelkito said he plans to release this year, all as a way to help draw attention to his greater ambition, which is to bring healing to the world through a variety of different endeavors. When it comes to life, Dezvelkito lives it as a prism. He is truly an international man of mystery. He’s a filmmaker, writer, singer, biochemist, spiritual healer, spa developer and entrepreneur. He said he sings to “create a healthier world” – an idea born from a personal journey that includes the deep love for music he has had his entire life.

But singing wasn’t originally part of the plan for this multi-talented man. In fact, it took a push from notorious producer Dany “Mozart” L’Aporte to really get Dezvelkito to take the leap and put his own voice to the tracks he was producing. He and Mozart were working together on some beats at the studio when Mozart encouraged him to put his own voice on the track. At first Dezvelkito was dismissive of the idea, but then Mozart said something that changed his life.

“He told me that if he was on a plane and we were gonna crash, he knew I was the type of guy who would get in the cockpit and try to save us,” Dezvelkito said. “I was exhausted from all the work I had been doing and with trying to get this spa built, and when he said that, it changed everything. It put some life into me. I was challenged, and I decided to step up and get behind the mic. I started to record in Creole – which is my native language from Haiti. It just felt right. Next thing you know we put out that first record and we’re getting a lot of great compliments. Before you know it, I have eight records done. Now I’m planning on recording at least 100 records in the next three years. I never thought he’d push me to sing – I was just thinking of making music for the love and scoring tracks for film and tv projects I have coming down the line. But when he challenged me, I realized it was like God talking to me. And I think the reason God wants me to sing is because he/she knows how much work I’ve put in over the past years to develop these systems and help people health-wise. By singing, I can bring attention to this work and help a lot more people than I even anticipated.”

“Voodoo Woman” is currently available across all streaming platforms. He also has another song worth mentioning called “Woman” –an Afrobeat and R&B sensation that brings awareness on how men should “properly serve women for a better life on earth.”

To listen to Dezvelkito’s music, or to follow him on social media, please visit the following links: