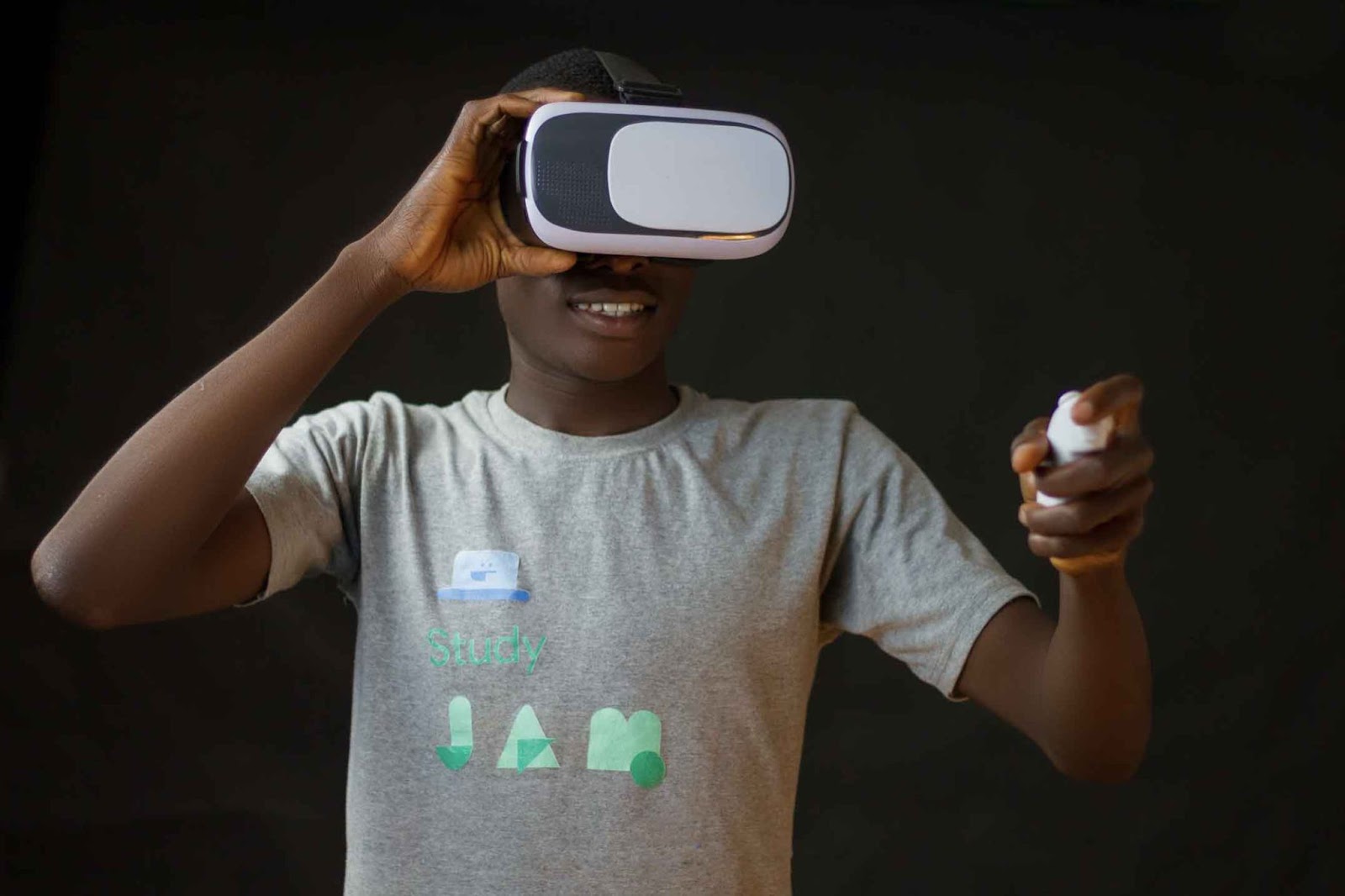 Virtual reality has come a long way since the early days. Initially made for gaming, there are now many uses for VR technology that exceed far beyond imagination. When a young Palmer Luckey created the Oculus Rift as a project, he had no idea how he would change the world of VR forever. Since then, Luckey has sold his invention to Facebook (now Meta). Like Sony, many other tech companies have their own versions of VR headsets, all with varying features.

Two of the world’s most impressive technologies have merged. Virtual reality and drones. Specific VR headsets can connect to drone cameras, providing you with real-time feedback in 3D space. Using drones like DJ Mini 3, the applications of such technology mean you can place safety above all else. For example, using a drone and a VR headset, you could inspect a dangerous mineshaft for hazards that would endanger a team. Or you could offer a virtual tour of a building in progress to potential investors when it’s not safe for an onsite visit.

All Types of Video Gaming

Of course, VR was originally intended for gaming. And since Oculus Rift first came about, the gaming world has been quick to jump on the technology. PSVR is a prime example. While it hasn’t been as much of a seller as Sony would like, PSVR has shown the mass market that fully-immersive VR gaming is possible. And the technology for gaming is improving all the time. Low-resolution imaging is a thing of the past, as you might be eagerly awaiting PSVR 2, with 4K graphics and a wider viewing angle. Gaming is about to get a lot more realistic.

There are also many practical uses for VR, and tech can make education more engaging. For example, imagine learning about the planets as you sweep through space on a starship. Or go walking with dinosaurs in an immersive trip back to the Triassic period. All this is possible with VR technology. Meaning that museum trips could get a lot more interesting. Some museums and galleries already use 360-degree VR tech in their displays. Over 2,000, in fact, offer virtual tours, including LeLouvre, and the Guggenheim Museum in New York.

COVID-19 meant that more people than ever were forced to work from home. And video collaboration apps like Zoom and Teams helped many companies stay on track with virtual meetings. But they offer a 2D and often staggered experience. However, 3DVR apps like Spatial and Altspace VR offer a fun and exciting way to engage and collaborate with your employees. Using these apps, you can meet up in a virtual space, fully immersed as if you are really there. Such scenarios include boardrooms, workshops, and virtual bars and restaurants.

Also, because of COVID, many client-focused companies had to shutter or halt businesses. But, of course, the ingenuity of people never ceases to amaze. And some were able to offer realtor classes online, perform gym or yoga instruction, or even record videos for clients. But you lack a certain connection using this type of media. So instead, you can offer COVID-safe meetings with clients in virtual meeting spaces. Virtual meeting spaces are relaxed and atmospheric, almost like being there in person. They’re also excellent during travel restrictions.

Since Palmer Luckey invented the Oculus, the tech has taken off. And like any tech that takes off, there are now many VR options available. Not all headsets are made equally, and some offer better features than others. Some of the best available include the following:

You might find yourself having to save for some of these headsets. But the extra cash is usually worth it. Some of the more expensive ones are compatible with PCs. So you can enjoy fully immersive 3DVR movies at a high resolution. Yet the cheaper PSVR is still great for gaming.

Over the past few years, COVID has all but canceled in-person conferences. So if you had plans for attending E3 or CES, you’re pretty much out of luck for now. Many of the year’s biggest events are off the table. However, some of the attendees are carrying on with their own mini-conferences, some of which were already shown last year as pre-recorded videos. However, as the tech improves and becomes more popular, it isn’t too far of a stretch you could attend something like EA Play or BlizzCon in a fully-immersive 3DVR environment.

Virtual concerts aren’t anything new. Some have already been performed inside video games. For example, Travis Scott famously performed inside Fortnite, and Zara Larson performed on Roblox. However, some major artists are considering the idea of selling 3DVR concerts alongside live performances for people who cannot attend physically. Perhaps this is another way to make more money. However, you would get to see your favorite singers live when tickets are sold out. And the premise is fantastic for people who can’t attend, such as the disabled.

Another highly entertaining use for VR technology is the 3DVR cinema. These already exist, and there are VR alternatives to major Hollywood movies. For instance, you can test your nerve and try not to wet yourself with The Conjuring 2: Enfield 360 Experience. Or perhaps see what you’re made of while immersed on the beaches of WWII France with Dunkirk VR. However, you can also use 3DVR cinema apps. These apps provide a cinema immersion as you watch the movie on a virtual screen. And you can invite friends as well.

Advancements in the Medical Field

As the resolution of VR headsets increases, it makes it possible for you to see more detail. And the tech is at a level today where it is possible to see the most minor things. Because of this, the medical sector is keen to pick up VR for analyzing injuries and for making diagnoses. Alongside complex scanning systems, medical experts could map your body and take virtual tours in and around an ailment you might have. In the near future, a doctor would be able to take a 360-degree look at the problem and determine the best course of action and surgery.

VR and AR Integration for CAD and CAM

The design and manufacturing industry is also keen to embrace VR tech and already uses it for some things. Car design and architecture are just two fields that use VR already. And integrated with augmented reality (AR), designers can get a closer look at their creations like never before. 3D design software like Maya and 3DS Max are excellent tools. But a designer can only see their work on a 2D monitor. With VR and AR, you can pull it out right into a room. Then you can rotate it, move it and walk around it as if it were really there. A truly immersive experience.

Virtual reality technology is improving at a rapid pace. No longer are you confined to narrow views of blocky, low-polygon video game creations. But you can not access fully immersive, 360-degree worlds. Instead, VR can now work with drones for gathering data and offers high-resolution gaming and a way to meet with employees and clients in a safe space. But you will also be able to soon attend music concerts when tickets are sold out.