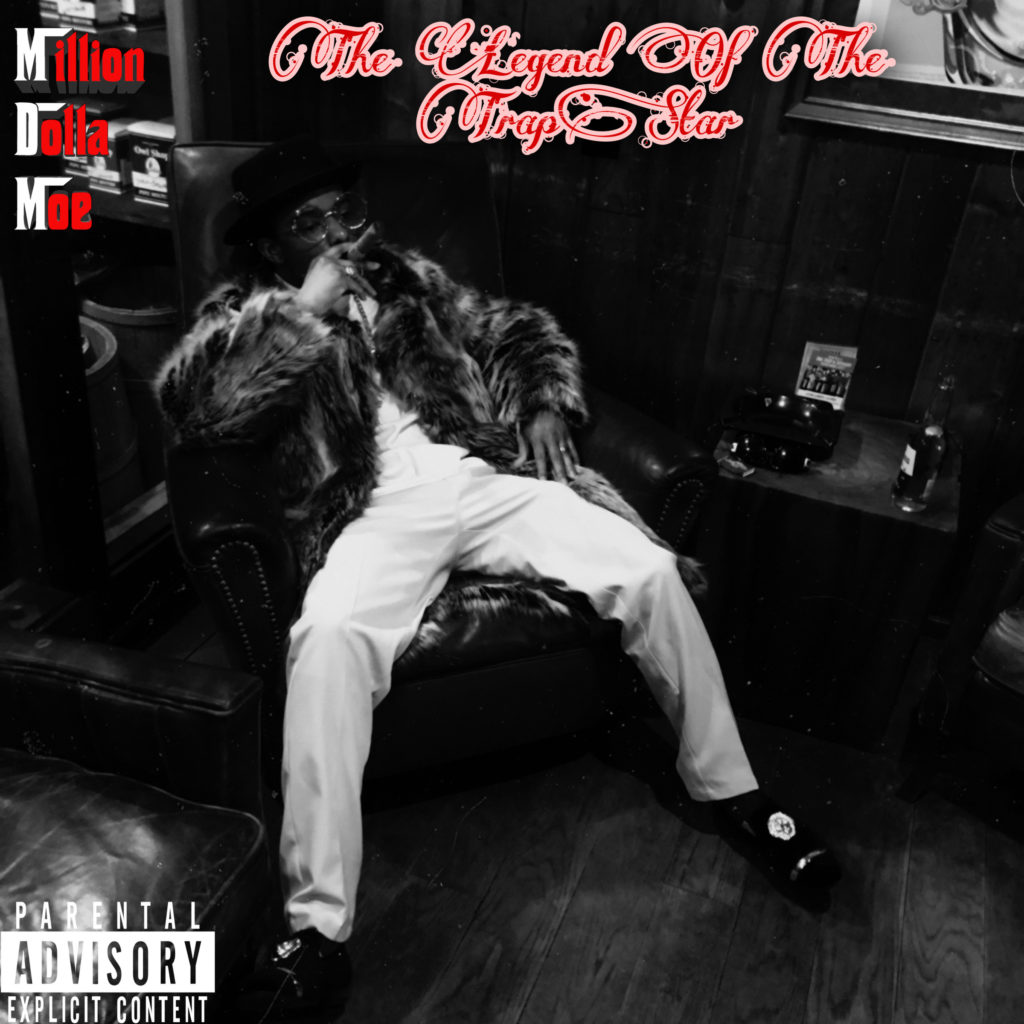 NEW HAVEN, CT – Maurice “Million Dolla Moe” Morris is a 29-year-old musical artist and entrepreneur with a unique sound and style that is catching the attention of an ever-widening fanbase all up-and-down the U.S. East Coast. His latest album “The Legend of the TrapStar” is an impressive display of raw talent and freaky flows, with hit singles like “Time Is Money” that are already creating a lot of buzz among music lovers and industry insiders alike. The project includes features from E Ness and Lil Dev, and drops from Dave East, Styles P, Bizarre, and Mr. Swipey.

The name of the album is influenced by Jeezy’s project “Legend of the Snowman,” though the overall vibe of the album doesn’t have the same feel as that classic album. Instead, Million Dolla Moe brings his versatility and determination to the table as he reminisces about the days when he was a young kid, living life to the fullest and taking his first steps on the journey that would ultimately lead to his success as a professional musician today.

“I want to be the best,” he said. “No matter what type of music I make, I’m trying to say the best lyrics and say it with the most unique cadence. I started when I was 9 with just a mic and a computer. I feel like I was born for a reason, and I’ve been chasing that million ever since.”

Million Dolla Moe has since created his own record label and clothing line called TrapStar Inc. (previously Young Trapperz Entertainment). He represents other artists while also producing his own songs. He has worked with some big names in the industry, including Cassidy, Gunplay, Max B, Ar-Ab, Fred The Godson, Troy Ave, and more. Of the 11 tracks on his new album, nine of them were produced by him, including the breakout hit “Time is Money.” The upbeat party song has been making waves since its release earlier this month, and it’s proving to be one of the front-runners for the song of the summer. It’s a song about having nice jewelry and enjoying the glitz and glamour of nice things when you go out and have fun with friends.

“Most of my music is lyrical and substance driven, but I wanted to make a couple of songs that the clubs and radio stations could play,” Moe said. “This is one of those songs. It just talks about Rolexes and parties and money, and it’s just a fun song with a lot of energy.”

Moe said he plans to continue to ride the wave with this new album for the rest of the year, though he is already hard at work on some new singles that he might drop this fall or winter. He said he hopes people will look at his music and his body of work over the past 10 years and recognize a musician who is a real artist.

“I try to do it as art-themed as possible as I get deeper and more professional with it,” he said. “I talk about what’s going on in life at the time, and people can relate to that. But more than anything I think of each song as an art piece, and I hope people appreciate that.”

To listen to Million Dolla Moe’s music, or to follow him on social media, please visit the following links:

“Legend of the TrapStar” – https://unitedmasters.com/m/moetlott