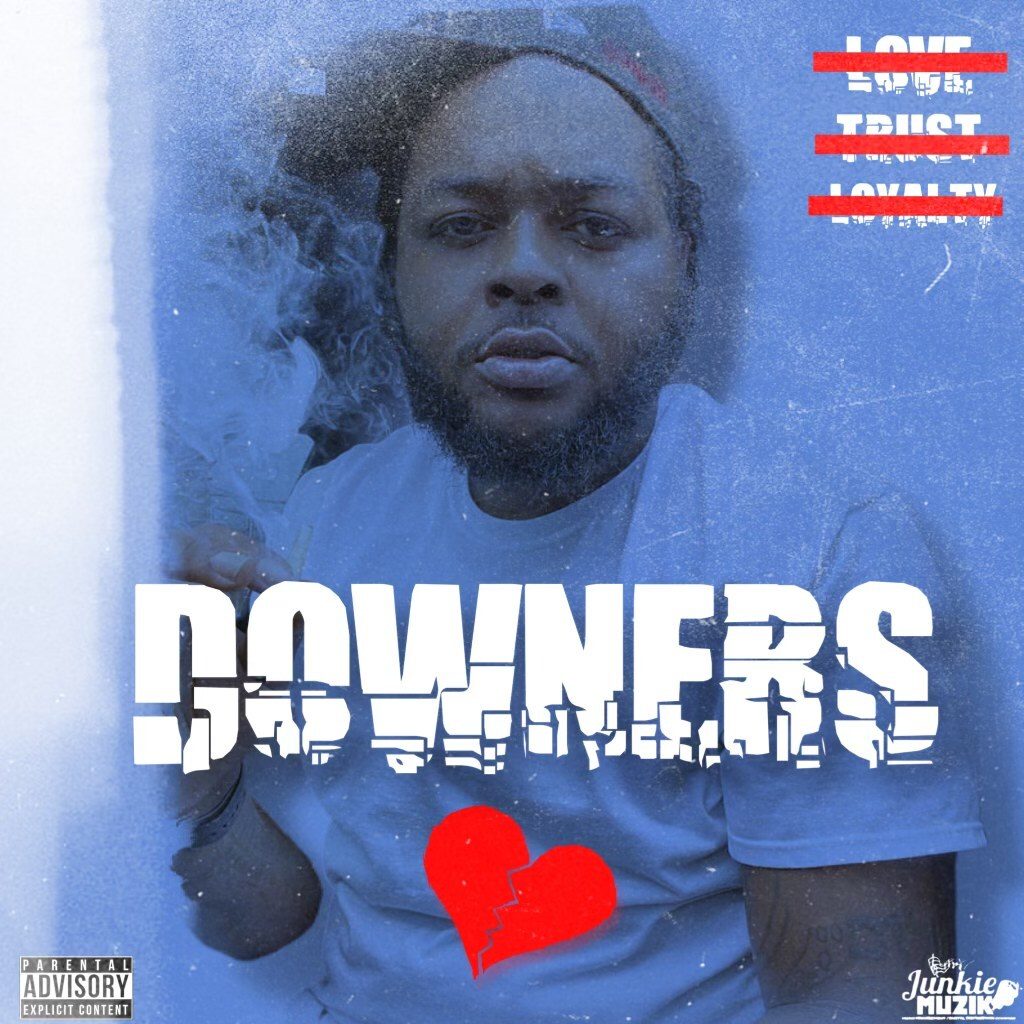 PHILADELPHIA, PA – Giante Lewis – AKA JM Geezus – is one of the hottest stars on the Junkie Muzik label from Philadelphia, Pennsylvania. Raised on the North East side of the city, JM Geezus is a natural storyteller who has the ability to bring the streets to life with intricate lyricism and an impeccable sense of rhythm. Since emerging with his debut single “Downers,” he has quickly built up a reputation as an innovative artist in a lane all his own. With new releases planned for 2021 and beyond, JM Geezus is well on his way to becoming one of the most vital voices in modern music.

“Downers” is a song that he said creates a vibe that’s actually opposite of what the name might imply. It’s not a song about drugs or emotional lows, but rather a motivational track that inspires people to embrace the negative experiences of life and use them as lessons to make positive strides for the future.

“I’m high off the problems in life and I build off of them,” he said. “Whatever problems you’re going through can be a downer, but you can build from it. If it’s relationships with work, or a female, or your best friend, or whatever, you don’t have to look at those downfalls as negativity. Sometimes you have to look at them as positivity.”

JM Geezus said “Downers” has a chill vibe with a nice up-tempo groove to it that fits right in line with the sound and style for which he wants to become known. He’s an artist who takes pride in crafting lyrics unlike anyone else in the game today, and his voice and flow will immediately stand out to anyone who hears him.

Music has been a background to his life for as long as he can remember. Whenever he would get in trouble as a child and sent to his room, he would also turn to his boombox and start rapping over anything he could hear on the radio. Eventually this became the first steps toward writing his own music, and by his teenage years he and his friend Remedy – who is also an up-and-coming artist from Philly – were recording in their basement studio.

Today JM Geezus uses his unique voice and style to bring a whole new positive energy to the hip-hop genre. He said there’s not a negative bone in his body, “and if there is I’ll break it and remake it and make sure it’s all positive,” he said. Ultimately he said he wants to be an artist who represents the “black sheeps” of the world – the ones who don’t have a voice but have deep thoughts, even if they don’t have a way to speak their words. He’ll attempt to give voice to those in the world who identify with that struggle on his new five-song EP “PTSD,” which is slated to come out later this year.

To listen to JM Geezus’ music, or to follow him on social media, please visit the following links: